Today's topic: What copies are legit to add to your library's collection, and how to spot the bad apples?

You know the old adage...If it seems to good to be true, it probably is.  An author sends you a free copy of their next best seller for you to reveiw. Can you add it to your library's collection? The next Harry Potter novel is released in the UK and scheduled to be released in the US in July. Can you can buy the UK version on Amazon and put it on your shelves in May? What about the complete set of Highlander--all 119 episodes for only $49.99??? Read more....

The bottom line is: any copy of any book/DVD/Audiobook/etc that hasn't been officially released by its official publisher in the US, should NOT be on your library's shelf.  In the case of DVDs it is even trickier because there are illegal, bootleg copies of officiallly released titles being sold by unscrupulous vendors (mostly on Amazon).

Here is an interesting article about Advanced Reading Copies (ARCs, aka Galleys): But Can I Catalog it?

I remember when the Harry Potter books were being written...the anticipation and impatience for the next novel.  Most notably was the final novel--There were libraries whose staff came in after hours so that at midnight on July 21st, 2007 their libraries' copies of Harry Potter and the Deathly Hallows could start being checkedout. But even though the books were sitting in Tech Services for days before, they couldn't be checkedout until after the books were officially released in bookstores.

When libraries may shelve new books is much easier to understand and uphold.  There are official release dates/times, and publishers are pretty good about announcing them. DVDs, esp of TV series, are trickier....the titles may be released to DVD, but Amazon is still rife with bootleg copies of movies and TV series that are not legitimate or legal.

Here is  a video put out by IFLS on how to identify bootleg DVDs: Know Before You Buy-DVDs

Today's Office Tip: You can customize the "ribbon" right above your document with those tools you use the most. 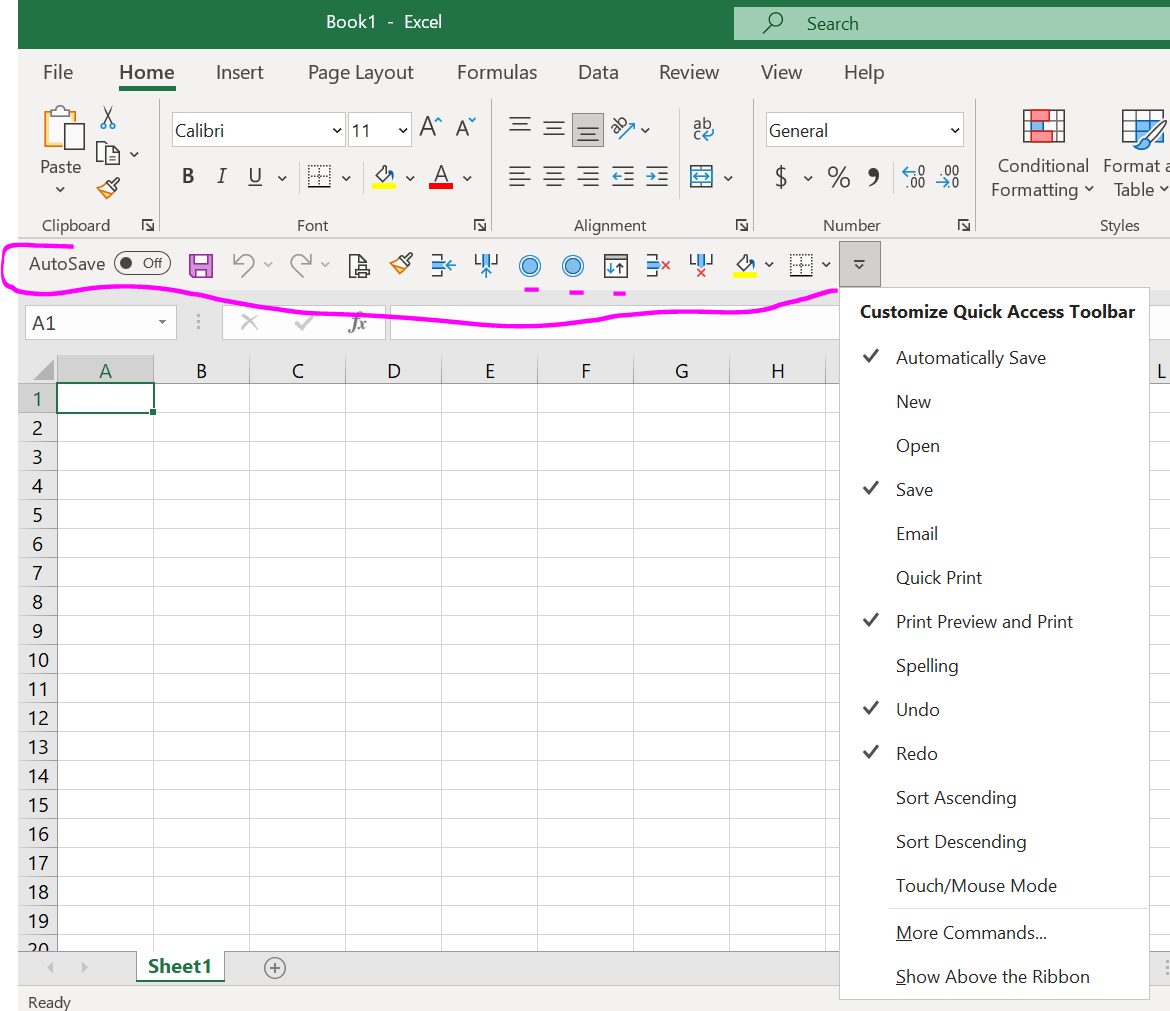 By clicking the little arrow on the right of the ribbon, you can choose which commands/tools to add. That way they are always handy regardless which tab you happen to be using.